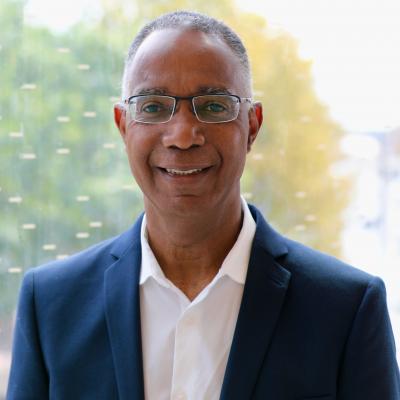 Dr. Gervan Fearon became President of George Brown College in August 2021. Working with colleagues across the college, he aims to support career-oriented programs to meet the needs of students and the demands of employers; advance college-led research; and enhance community engagement. With a proven track record of collaboration, transformative leadership and engaging higher learning communities in a shared mission, he leads George Brown’s efforts to provide transformative education opportunities that benefit learners, industry and the greater community.

His career also included serving as the Executive Assistant to the Deputy Minister at the Ontario Ministry of Agriculture, Food and Rural Affairs and a Senior Analyst at the Treasury Board, Ontario Ministry of Finance. He has also served on numerous community boards, including Ontario Trillium Foundation, Brandon Urban Aboriginal Peoples’ Council, United Way Niagara, Greater Niagara Chamber of Commerce, and the Chinese Cultural Centre of Greater Toronto. He was also Co-Chair of the Niagara Region’s Community Safety and Well-Being Planning Committee, Chair of the Budget and Audit Committee of Council of Ontario Universities, and President of Tropicana Community Services.

Gervan was a co-founder of the Canada Caribbean Institute, along with Sir Hilary Beckles, Vice-Chancellor, The University of the West Indies. Gervan is a recipient of the Queen Elizabeth II Diamond Jubilee Medal (2013), The Michaëlle Jean Foundation Influencer Award (2017), The University of the West Indies Vice-Chancellor's Award (2020) and several other awards of recognition.