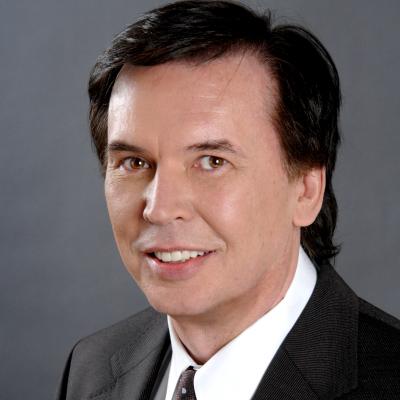 Colin Simpson has been employed at George Brown College for the past 20 years and has held a variety of positions, including roles in faculty and administration. As Dean of the Centre for Continuous Learning, he has grown continuing education enrolment from 35,000 to more than 67,000 registrants per year.

His innovative approach to lifelong learning has played a significant role in establishing George Brown College as one of the largest providers of distance education in North America with nearly over 22,000 distance education learners. He is recognized as a leading authority on distance education and has been interviewed on the subject by several media outlets, including the CBC, PBS, CTV, TVOntario, The Globe and Mail, The Toronto Star, Maclean's and the Chicago Tribune.

Colin has a Doctorate in Electrical Engineering from the University of Hawaii and was awarded a Doctor of Letters, Honoris Causa, from Nipissing University. He has lectured in universities across North America, including MIT and Texas A&M University. He is also an award-winning author and has over 300,000 textbooks in print. His best-selling book, Principles of Electronics, is used by over 1,000 colleges and universities around the world.