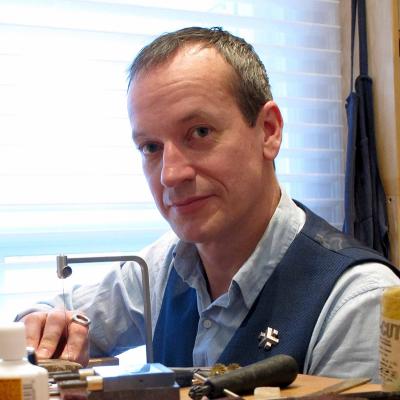 Paul McClure is a Canadian artist and designer of contemporary jewellery. His work is represented in private and public collections including the Montreal Museum of Fine Arts, Canadian Museum of History, Design Museum of Barcelona, and National Museum of Scotland. He graduated from NSCAD University, Halifax, Canada (BFA, 1989), Escola Massana, Barcelona, Spain (1990), and National College of Art and Design, Dublin, Ireland (MA, 1999). McClure exhibits and lectures throughout North America, Europe and Asia. In addition to maintaining a studio practice, McClure is an educator, writer, curator, and community arts events organizer. He is a professor (since 2000) and program coordinator (since 2014) for Jewellery Studies at George Brown College in Toronto. In 2015, McClure received the Saidye Bronfman Award, a Governor General’s Award, Canada’s foremost distinction for excellence in the visual arts.

McClure’s jewellery interprets the human body at the microscopic level to reflect our humanity in an era of medical advancement. The fields of biology, pathology and genetics inspire his work and reveal our increasingly digital, biotechnological understanding of ourselves. Formats and concepts from the history of jewellery and ornamentation ground his contemporary interpretations. In wearing McClure’s jewellery, the invisible body becomes visible adornment.