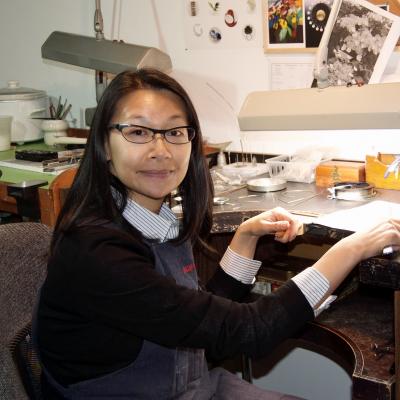 Wing-Ki Chan received her design/fine arts/jewellery education in Hong Kong, United States and Canada. She earned a BFA from the University of Texas at Austin and an MFA in jewellery from the NSCAD University in Halifax, Nova Scotia. She is a studio jewellery designer, focusing on one of a kind, limited productions and custom commissioned projects. She had exhibited her work in Asia, United States and Canada.

Wing-Ki discovered her passion for teaching jewellery during her graduate studies, she joined the School of Fashion and Jewellery at George Brown College in 1997.

She was the program coordinator for the Jewellery & Gemmology programs from 2008 to 2014, and served on the GBC Board of Governors since 2015.