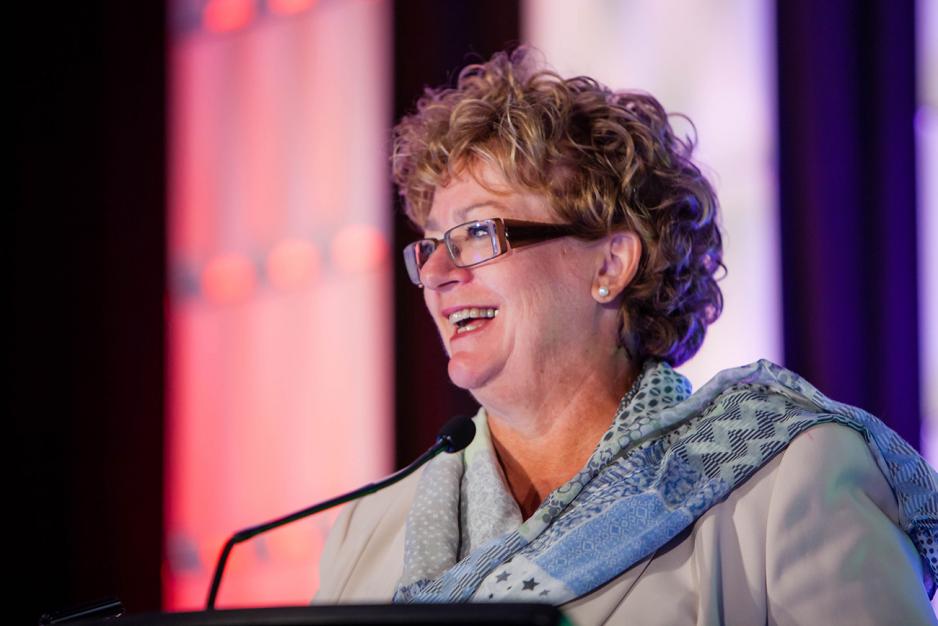 We’re proud to share that former George Brown College president Anne Sado has been honoured with a lifetime achievement award from the Ministry of Colleges and Universities.

The Minister’s Lifetime Achievement Award celebrates leaders who have made an “enduring difference to the college system.” Anne received the honour at the Higher Education Summit hosted by Colleges Ontario on November 28.

Anne, GBC’s first woman president, retired in 2021. The college underwent significant changes during her 17-year tenure. We increased our physical footprint with the opening of Waterfront Campus in 2012 and its ongoing expansion, and our first student residence, The George, in 2016.

The college more than doubled its enrolment under her leadership and diversified its academic offerings, and she prioritized experiential learning and industry partnerships. The opening of the Office of Research and Innovation provided applied research opportunities for students to help organizations solve real-world challenges. She also championed boosting pathways to accessible education with the creation of GBC’s Community Partnerships Office in 2005.

And Anne’s unwavering focus on building and strengthening ties with industry and community partners further established GBC’s role in the economic success of Toronto and the province.

“Anne’s thoughtful and effective leadership extended to her roles on committees and boards, many of which she chaired,” said Kevin Constante, Chair of the George Brown College Board of Governors.

“Her lasting influence on George Brown College, the Ontario college system, the city, the province, and beyond make her exceptionally deserving of the Minister’s Lifetime Achievement Award.”

From all of us at GBC, congratulations on this well-deserved honour, Anne!