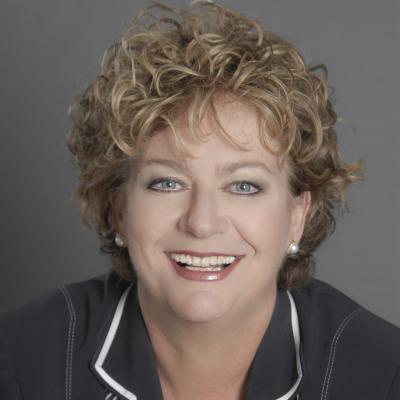 A native of Toronto, Anne Sado has been President of George Brown College since 2004. Her impact on the vision, direction and culture of the college has seen a doubling of enrolment and a significant increase in its physical footprint in the heart of Canada’s largest city. She has also led a critical public discussion on the value of college education in Ontario’s economic development.

Anne’s areas of focus have been the development of a workforce with the right balance of skills for the knowledge economy, innovation in learning and the transition of new Canadians into productive careers to drive economic growth. A strong advocate of experiential learning, she has emphasized the importance of deepening partnerships with industry across the GTA.

Beyond her leadership at George Brown, Anne is Co-chair of the Business/Higher Education (BHER) Roundtable. Anne also serves on the boards of Legacy Private Trust, and Mount Pleasant Cemetery Group. In the past, Anne has served as Chair of Colleges Ontario’s Committee of Presidents, ORION, the Toronto Region Board of Trade, Polytechnics Canada and Trillium Health Centre and on the boards of the Toronto Finance International, YWCA of Greater Toronto, Junior Achievement and the Canadian Hearing Society Foundation. In 2018, Anne was appointed as an Honorary Colonel for the Governor General’s Horse Guards (GGHG). These volunteer efforts have given her a broad perspective on the social and economic challenges facing the GTA.

Anne was appointed a Member of the Order of Canada in June 2013. She was recognized as one of Canada’s Top 25 Women of Influence in 2014, a YWCA Woman of Distinction in 2012 and one of Canada’s Most Powerful Women by WXN over four years, leading to her induction in the WXN Hall of Fame in 2014. She was inducted as a fellow of the Canadian Academy of Engineering in 2015, inducted into the University of Toronto’s prestigious Engineering Hall of Distinction in 2010 and awarded the Ontario Professional Engineers Gold Medal in 2007. She has also received the Queen’s Diamond and Golden Jubilee Medals, the Professional Engineers Ontario Citizenship Award, and an Arbor Award from the University of Toronto.